CyberTracker Conservation is a non-profit organisation whose vision is to promote the development of a worldwide environmental monitoring network. CyberTracker software, which is free, has been downloaded more than 30 000 times and the CyberTracker website has received visits from more than 3000 cities in more than 150 countries. 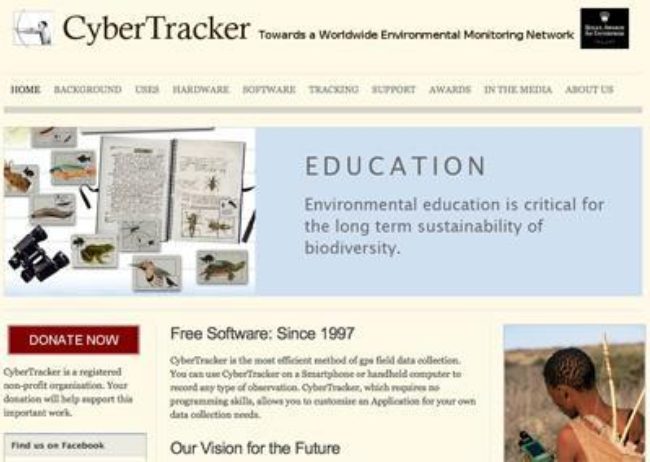 CyberTracker Conservation's mission is to improve environmental monitoring for the benefit of biodiversity conservation.

CyberTracker is the most efficient way to gather large quantities of geo-referenced data for field observations, even by non-literate users, at a speed and level of detail not possible before.